Due to technical upgradation of our systems, this service is suspended till SUNDAY 10th November 2019, 12:00AM. 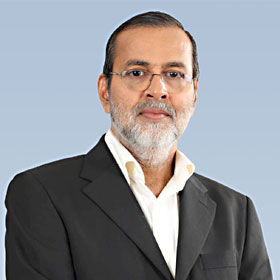 He is the founder of V-Guard and has driven and motivated the Company to succeed in its business. He had been the Managing Director of the Company since its inception and taken the Company to newer heights and recognition with his experience and vision. In April, 2012, he passed on this baton to his son Mr. Mithun Chittilappilly. In 2017 he assumed the position of Non-Executive Chairman of the Board and continued as such till March 2020. As Chairman, he had been instrumental in adoption of best governance practices and upholding the Company’s core values. He has assumed the office of Chairman Emeritus from April 2020.

Apart from his business acumen, Mr. Chittilappilly is a humanitarian par excellence. “K Chittilappilly foundation” (KCF) founded by him undertakes public charitable activities in India without any discrimination as to religion, caste, creed or gender. The Foundation’s key focus is in the areas of healthcare, education and development of social infrastructure.

He has been bestowed with numerous awards for exemplary performance in business. Noteworthy among them are Samman Pathra Award for top income tax payer from Honourable Union Minister of State for Finance, Business Man of the Millennium 2000 from Rashtra Deepika and Tourism Man of the year from "Destination Kerala”. 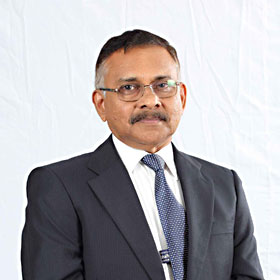 Mr. Cherian N. Punnose, a Fellow member of Institute of Chartered Accountants of India, joined the Company as Independent Director in 2012. He was the Vice-Chairman of the Board till March 2020 and assumed the office of Chairman from April 1, 2020. He is a member of the Audit, Nomination & Remuneration, Stakeholder Relationship and CSR Committee of the Board as well.

He was with Kochi Refineries Ltd., as Director - Finance and was on the Board of Petronet CCK Ltd as well. He has 40 years of experience in the field of Finance, Audit and Administration. Mr. Cherian Punnose served KRL for 25 years in various capacities prior to becoming a member of the Board of V-Guard Industries Ltd. Prior to joining KRL he also served Bharat Heavy Electricals Limited and International Airports Authority of India. 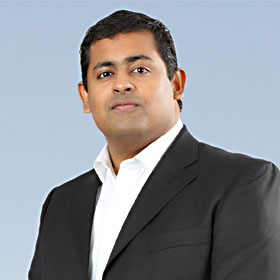 After graduating in May 2006, he joined the Company as Executive Director and became the Managing Director of the Company in April 2012. 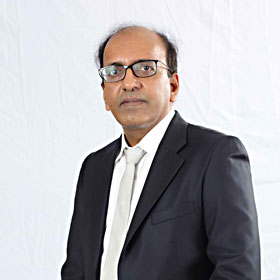 Mr. V Ramachandran, a leading management professional with over 30 years of cross functional experience across blue chip companies like HUL and LG Electronics, has been appointed as a whole time Director of the company since June, 2013 and has been designated as Director & Chief Operating Officer.

His primary mandate entails building and enhancing business competitiveness and capabilities required to secure future market position by putting together a strategic framework for the organisation. In addition to leading the execution of the corporate strategic initiatives and developing new growth platforms and business development, his mandate includes developing long-term business plans with supporting infrastructure development roadmap. 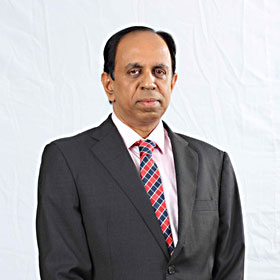 Mr. C J George, is the Founder and Managing Director of Geojit Financial Services Ltd. He has over 35 years of professional experience in the Investment services industry. He holds Master’s Degree in Commerce and is a Certified Financial Planner. He frequently contributes articles to leading publications and serves as a guest faculty at reputed management institutes. He was awarded the Management Leadership Award by Kerala Management Association in 2008.

He joined the Company as Independent Director in August 2007. 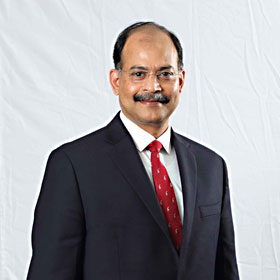 He is currently the Joint Managing Director of Jyothy Laboratories Limited and under his leadership and endurance, the company has witnessed tremendous growth and has also been instrumental in building a wide portfolio in the FMCG segment. He also holds the position of Director in Jyothy Fabricare Services Limited. Mr. Ullas Kamath is the winner of All India CA Business Achievers Award 2008 instituted by ICAI, India.

He joined the Company as Independent Director in May 2014. 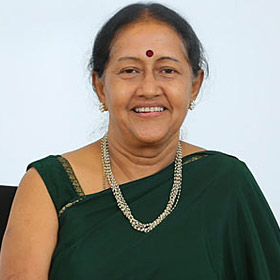 She is an Associate at Indian Institute of Banking & Finance having more than 36 years of experience in banking sector. During the tenure in the Bank, she was predominantly involved in credit and project appraisal of small, medium and large projects. she had held various positions at the State Bank of India, including deputation to SBI Capital Markets overseeing public issues, debt placements, project appraisal etc. She retired as the Chief General Manager, State Bank of India, Kerala Circle.

Presently, she is engaged in Management Audit and recruitment of officers in State Bank of India. She joined the Company as Independent Director in September 2018. 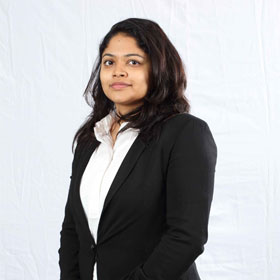 Mrs. Joshna Johnson Thomas holds a Management Degree in Human Resources from Symbiosis Institute of Business Management, Pune. As a Human Resources professional, she has had the opportunity to work across multiple organizations in the Middle East. She joined the Company as Non-Executive Director in May, 2014. 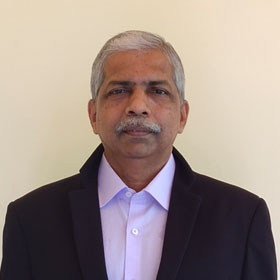 Mr. Jayaraj has been associated with V-Guard group for more than three decades and serving as Executive Director of Veegaland Developers Pvt. Ltd., since 2010.

He has handled diverse roles in various companies in the group, starting as an Accounts Manager way back in 1986, after completing Bachelor of Commerce and CA - Intermediate. He had been the Director of Wonderla Holidays Ltd., which runs the famous amusement park “Wonderla”.

He is actively involved in the Group’s Charitable activities.

He joined the Company as Non-Executive Non-Independent Director, in April, 2020.